Michigan Health Information Network Shared Services (MiHIN) is a public and private non-profit collaboration dedicated to improving the healthcare experience, improving quality and decreasing cost for Michigan’s people by supporting the statewide exchange of health information and making valuable data available at the point of care.

Connecting all of Michigan’s healthcare constituents to the network

In 2010, the State of Michigan applied for and received funding under the Health Information Technology for Economic and Clinical Health (HITECH) Act, to build on preparatory work regarding the statewide health information exchange (HIE) as a public health investment in Michigan’s health infrastructure.

The State received approximately $14m through the ONC HIT State Cooperative Agreement program to facilitate the construction of a statewide exchange. This funding was used to further develop the Michigan Health Information Network, or MiHIN. The governance model adopted by MiHIN is a hybrid model, meaning that it is partially centralized.

Stakeholder groups have access to not just one, but two, arenas of shared discretion at the state level: one through the Health IT Commission and another through the MiHIN Board of Directors.

The implementation of the Admission, Discharge, Transfer (ADT) Notification service gave MiHIN a boost early in its growth by opening the door to collaborative opportunities with the provider community. By 2016, 97% of admissions statewide were sent through MiHIN.

By 2017, more than 12 million patient health information messages were passing through the MiHIN network weekly. The amount of information flowing through MiHIN required the ability to scale on demand, thus requiring MiHIN to move to a cloud-hosted environment with Amazon Web Services (AWS).

Throughout 2019 and 2020, MiHIN affiliated with Great Lakes Health Connect (GLHC) to deepen the collective impact and strategical alignment for ongoing national efforts and regulations, such as the Trusted Exchange Framework and Common Agreement (TEFCA).

In 2021, MiHIN was awarded funding from the ONC as part of the Strengthening the Technical Advancement and Readiness of Public Health Agencies via the Health Information Exchange Program.

Being 100% cloud based and with over 4.6 billion cumulative messages received to date, MiHIN’s network consists of over 880 unique entities exchanging information to improve healthcare across the state and beyond.

Growing the Network, and our family of companies, for a Healthy Future

Velatura strategically aligns and connects people and organizations outside of Michigan, technology, ideas, and information to improve healthcare, simplify work and reduce costs.

Offering market-driven solutions, Velatura supports organizations in their mission to interoperate and streamline the sharing of pertinent electronic information. 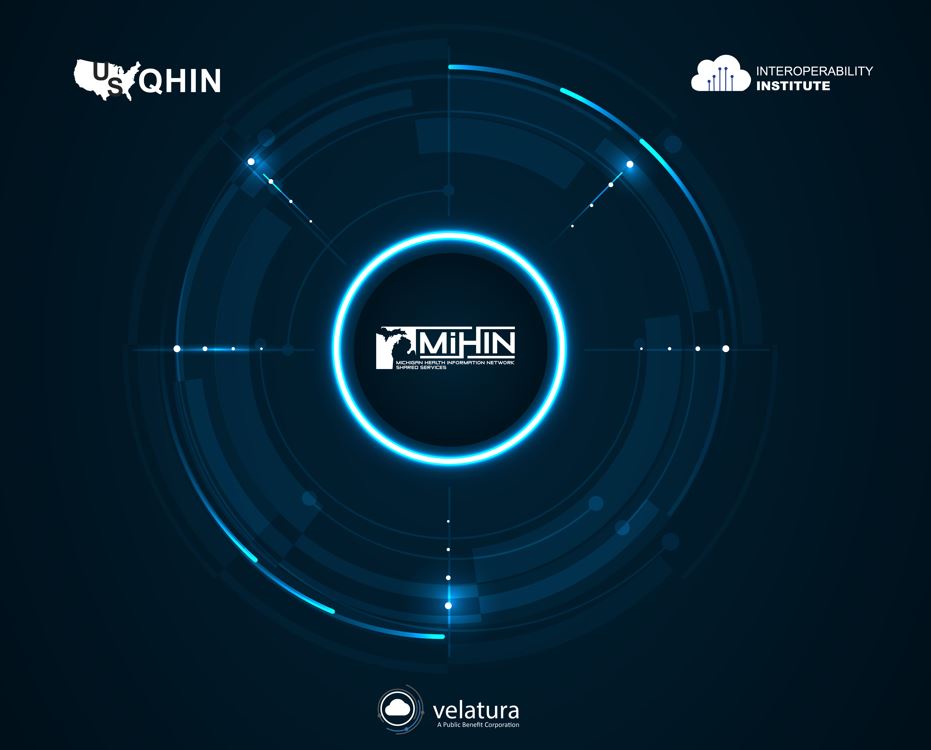 “HIEs are a really important part of the landscape. I think that they should be encouraged, and will hopefully flourish in all sorts of ways. What’s needed are nationwide interoperability networks that provide that type of service.